I did put this table together from the guide below... Hope this helps... (see my drag post in the driving section as well..)

So you want to start tweaking your own cars in FM4 for drag racing huh? Well...there are two things to worry about when picking a car and upgrading it, and power ISN'T one of them...

1. weight transfer this means you want a car with a front weight percentage of less than 50% to be fast. this is by far the most important number when it comes to setup of your car (you can find it in the cars stats by the Horsepower and Torque). The problem is that most of the cars in FM4 end up in the 52-54% front weight range. You can make them work pretty good, but your Chevelle will NEVER be as fast as the 67 corvette for example, which can achieve a sub 50% front end weight percentage.
2. weight (heavy cars suck) this means that your Chevelle isn't really a good pick. you cant really get that car much lighter than 2900 lbs., which is about 400 heavier than Ideal. Sure in real life LOTS of people drag race Chevelle and they work quite well, but this is Forza 4, where the drag racing is still stuck in imaginary land. In real life people take out the alternator, move batteries to the back, fuel cells to the back, put on more fiberglass parts, y'know... stuff that you cant do in Forza.

Ok, with all that said, lets move on to buying your parts. I'm using the Chevelle for an example car, because I can't think of a bigger pain in the butt to tune. This car weighs in at almost 3800lbs and it has a 59% front end weight from the factory... NO BUENO. we need to fix that. We'll start in the engine department. were going to stay with the stock motor for this example, just so I can show you WHAT NOT TO BUY. most of the stuff in there, you are good to buy the full race parts. except for a few...

when you get to the carburetor section, take a look at the updated stats. you look at the race carb, and you say "sweet! this gives me another 11hp!" so you buy it right? WRONG. look at how much weight it adds to the front of your car... 14lbs! buy the sport carb, it gives you 7hp, without adding ANY weight. MUCH BETTER.

especially be on the lookout for this when you get to the oil cooler upgrade and the intercooler upgrade. these almost never are beneficial to the cause, the only exception being when you are working on a rear engine car, and these add weight to the REAR. I only buy upgrades if they provide more power than weight added. always remember, look out for #1(and 2!)^^^

just a couple more things on the upgrades for now. wings are useless, hoods are a VERY good idea, skinny front tires and the FATTEST drag tires on the driven wheels are a must. I also recommend hole-shot, weld, and Dymag for wheels, since they are the lightest weight. buy all your parts full race, with the exception of those few that I mentioned earlier, sometimes they are a good idea, but most of the time they aren't.

conversions are often a good idea, just keep an eye out for #1. gotta keep that weight in the back as much as possible. well hopefully this opened up some eyes a little bit. time for me to start working on part 2, basic suspension and gearing. then in part 3 I will discuss driving technique.

now that you have upgraded your car (and hopefully kept that front weight percentage as low as possible) its time to tweak some suspension.

by now I'm sure you are sick of hearing about weight transfer, but I cant emphasize enough how important it is in this game. so here is how we achieve the transfer we want.

1. Tire pressure: 35 psi on driven wheels, 55 on unpowered wheels. there's pretty much no exception to this, I was hoping there would be, but there really isn't. 35 is the magic number. I tested numerous cars and saw a .3 second difference.
2. soften up the front suspension (a lot. turning every single slider in the front end down to nothing isn't really a bad setup at all.) this means springs, damping, anti roll bars, EVERYTHING.
3. monster truck the car (jack up the ride height all the way) this helps the weight move rearward.
4. soften the rear suspension just a little. I usually take the spring rate down 100-200lbs, and cut the damping in the rear in half or so. this is where you find the balance between weight transfer and traction. too soft and the tires never get pressed in the ground, too stiff and the weight won't transfer, both resulting in the traction going away quick. you need to play with this to make it work.
5. anti-roll bars: make the rear bar as hard as possible and the front as soft as possible.

Ok, now on to gearing. important stuff, the next most important behind weight transfer.
most of my cars use a 3.70-ish final drive ratio, but all of this is relative. you can have one car with a 1.0 final drive and another with a 5.0 final drive and they can both drive and shift at the same spots, with the same top speed. For this example, I'm just going to tell you to leave the FD alone and just adjust each gear individually.

take a look at the gear chart on the lower right side, see how smooth it looks? you want try to keep yours looking somewhat like that.
start by going to a track to test on. personally I prefer benchmark layout A. the big parking lot.

once you have that figured out, set up your second gear. you want to look at your telemetry(up on the D-pad) to see what your torque is at when you shift to second. simply, you want your second gear to start when you are making the most torque. so adjust it (2nd gear ratio) accordingly.

rinse, lather, repeat with your other gears (if you need them to get through the 1/4, 1/2, mile, etc.), you want them to start where you are making the most torque, and ride them until you stop making horsepower.

that's it! now all that's left for beginner tweaking is your driving... but that's in Part 3.

What really helped me was that thread on drop-catching (if that's the proper term).

My biggest problem was launching. Still is a problem everywhere. But this tutorial really helped me for the Regatta challenge.

The biggest problem I have with drag racing is the "3,2,1 countdown screen" I can never tell what rpm I'm at and I only get that split second to adjust to the correct launch rpm...Wish they would do away with it for drag racing at least. But I've read both threads and they've given some really good insight on drag tuning...

Markve91 wrote:The biggest problem I have with drag racing is the "3,2,1 countdown screen" I can never tell what rpm I'm at and I only get that split second to adjust to the correct launch rpm...Wish they would do away with it for drag racing at least. But I've read both threads and they've given some really good insight on drag tuning...

Hit the Telemetry screen (timing is critical), but that shows your exact RPM...

BiggLou55 wrote:
Hit the Telemetry screen (timing is critical), but that shows your exact RPM...

Isn't that locked out during the countdown? Doesn't leave much time from when the game goes to your view to starting. That's quite a bit to do, hitting up for telemetry, then toggling the throttle. No way I'd be that fast.

It's locked out until 1 in the countdown... It's the only way for him to know the exact RPM... OR... he needs to move closer to the screen so he can see the teeny tiny numbers on the RPM dial...

BiggLou55 wrote:
Hit the Telemetry screen (timing is critical), but that shows your exact RPM...

Isn't that locked out during the countdown? Doesn't leave much time from when the game goes to your view to starting. That's quite a bit to do, hitting up for telemetry, then toggling the throttle. No way I'd be that fast.

You can go to the review screen turn on the telemetry. You can stop the action, back it up, inch in forward and so on. If that helps? 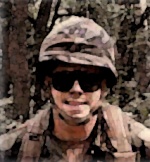