Has anyone here ever tried it? How is it? I have no interest in moving away from Forza, however I am curious about how the other simulations out there compare.
_________________

I've heard through guys who actually race that [You must be registered and logged in to see this link.] is really good... (albeit 5 years old).. Rfactor 2 is in developement...

Also... there is [You must be registered and logged in to see this link.] and it's free.. Might want to check that out (let me know..)

Isn't SWViper into this stuff? 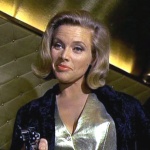 When I saw that Simraceway had Mid Ohio (and was free), I had to give it a try. Seems decent, although all I really learned is that my old controller blows and has no sensitivity. Maybe one of you with a decent setup can give it a shot. Think it's time to invest in either a wheel, a new comp controller or one of those link things that let you use XBOX controllers.
_________________
formerly 'V & V'
Now just one V

BiggLou55 wrote:If you want to give it a try, I'm game!

I would like to try these but I lack a decent gaming rig. That's a money pit I'm not interested in swimming in right now, either. I need to win the lottery. Meanwhile I'll torture myself by talking about these titles to keep my curiosity and desire to try them fresh and on the tip of my brain.
_________________

Yeah, rFactor is really good...TON of mods, crazy good stuff, but it's certainly showing it's age. iRacing is very good, but expensive.

If you are looking at getting into PC Sim racing, I would say hold off, cuz there is about to be a TON of interesting stuff happen. 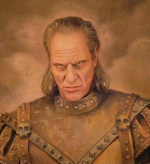 oh, also...hope I'm not breaking any rules...but if you are interested in PC Sim sites:
[You must be registered and logged in to see this link.]

[You must be registered and logged in to see this link.]

[You must be registered and logged in to see this link.]


My experience has been PC Sim guys (myself excluded obviously) are pretty 'elitist' when it comes to PC racing vs console racing...just a heads up

Good info. Not surprised about the elitism, that kinda comes with the territory in regards to PC gamers. I say this as a reformed PC snob myself. I was...something else.
_________________

I'm a PC gamer, but not an elitist by any stretch of the imagination... As far as game versions go, games like BF3 play much better on the PC (graphics, # of players, etc.) There's nothing like a round of 64-player Metro Conquest! LOL

There are many differnt game styles... Some love CoD and other love BF3. there are few that love both... Same goes for racing games... There are those that love a good Arcade racer (NFS), Hybrid Racer (FM4/GT5), or a good Sim racer (F1, GTR, iRacing, rFactor, Project cars, etc).... Something for everyone I say. Camparing NFS to FM4 is not a fair one... Just like comparing FM4 to iRacing isn't fair... They are tailored to different audiences with different goals...

swviper... You need to start racing with us again man!! We miss you! Also... I'm watching Project cars and rFactor 2 as well, and I'm looking forward to trying both... I've even thought about contributing to both to gain access now, but I just don't have the time!

I might give this a whirl and have a little fun... 1 car and 1 track, but it could be fun with the CSR!!

BiggLou55 wrote:
swviper... You need to start racing with us again man!! We miss you! Also... I'm watching Project cars and rFactor 2 as well, and I'm looking forward to trying both... I've even thought about contributing to both to gain access now, but I just don't have the time!
/

Yeah, I have to come back...I got sucked into GuildWars 2 hard like I knew I would....but making time for Forza again and it feels good.

Project CARS is locked now, because they are developing for a 'store release' and a console version. I really like the crew there, they have done some amazing games in the past, and this was quite a 'social experiment' to develop a game based solely on community contribution...but it worked out alright I guess, cuz the community foot the bill for the development and testing, and now SMS is got a deal to release a title.

rFactor is one of those games it took me a while to 'get into'....you really have to do some research on the right mods to install to make it 'fun'...but some of the stuff is amazing. The 'old' LeMans track by Virtua_LM is one of the most fantastic looking tracks I have seen in ANY game..hands down. (http://www.virtua-lm.com/lemans/index.php)

Here's my Guild Wars 2 obsession:
[You must be registered and logged in to see this image.]

Look at the wolf!

I've been getting emails from SimRaceWay and it's a tempting, tempting, tempting beast. For some reason I really like the idea of having to lay down $20 for a car. Money is such a non-issue in the Forza games that I more or less have a garage full of cars that I mostly don't care about. The exception are the unicorns and the club series cars.
_________________

joekorn wrote:Think it's time to invest in either a wheel, a new comp controller or one of those link things that let you use XBOX controllers.

The Xbox controller for Windows works very well. It's what started me seriously considering a console as a viable option. Keyboard & mouse had me brainwashed, but GRID was awful on a keyboard (unlike NFS).
_________________
[You must be registered and logged in to see this image.]

Just got email from RaceRoom Racing:

You have been selected to participate in our beta!

I think the 'demo' is still available on STEAM...just search for RaceRoom

Had a problem getting wheel working last night, will deal with that tonight.

Ugh...I ventured back to PC racing...and it has gripped me by the throat again. Haven't played in prolly a year, so 'first thing to do...' check to see what mods I've missed out on. Download bunch of new mods (P&G V3, VLM Sebring track, couple cars, SuperGT mod is updated...so much free content, must filter!!!)

Never realized how much I missed 'night' racing....

[You must be registered and logged in to see this image.]
Power and Glory V3 mod again
VLM_Mid Ohio
...I may have overrev'd it....

Night racing...
[You must be registered and logged in to see this image.]

...as 'interesting' as Nords can be in Forza...ain't nuthin compared to doing it at night...plus, if you whack front end hard enough...you lose headlights altogether...

As my friend moved out of the country for who knows how long, he left me with this desktop.  Like all the PCs in my house it is of the "2007-ish" era, and therefore isn't very powerful.  It was good enough to let me finally start trying some of these, though.

SimRaceway
Oooh damn it I want this to be so much better.  It's a bit buggy and there seems to be very few people playing.  I was disappointed.  Even a "quick" race takes several minutes to get into due to there being so few people online.

Once in, however, it was pretty fun.

Setting up the wheel was a bit of a chore and you have to remember to load your config mapping on every launch or you'll be stuck at the line.  I still don't like how the feedback is coming through -- it is very rough and confusing.

rFactor2
This is enough to make me want an updated rig.  With all my graphics turned down to the lowest setting it ran smoothly and I could tell what potential this beast had.  And the sounds, OMG the sounds.  I'm still a long way from ever having a decent rig, but this is now the reason why I want one.  In the meantime I don't expect to be playing this much, given how clunky I have to make it look for it to run well.  Oh, and the loading times.  It takes my rig FOREVER to load a track.

Setting up the wheel was easier than SimRaceway and it felt great.  It even used the LCD display to show what gear I was in.  No other game has made use of that before.

iRacing
I see what y'all mean by expensive.  The barrier to entry was steep, but it is also on sale (3 months for $15).  I signed up and gave it a whirl and I came away very impressed.  It ran beautifully on my dated rig and, speaking as someone who has zero real-life-racing experience, it felt and sounded very real to me.

I really dig what the membership offers and this may be holding my attention for awhile.  There seems to be car clubs in the guise of "leagues".  There is also a video series, with driving exercises, that I'll be looking at.  It's a sort of racing school for newbies.

My gripes are the subscription fee (though I see why they have it) and the locked cockpit view (which I reckon is good for me, yet is still very uncomfortable).

Setting up the wheel was a breeze and it felt great.  The feedback also seemed to behave much differently depending on the car I drove.  It also auto-switched between paddles and the H shifter depending on how the car was configured in reality.

Why is Nub looking at these?
I want an Xbone and I want Forza5, and I want to continue racing with y'all.  I also want to know there is a life for my wheel outside of Forza, since there is still no report on whether or not our Fanatecs will work in the next generation (nor how well they'll work).

I am preparing for the wheel to become a PC peripheral instead of a console one, and sucking it up to use only a pad for Forza5.  With that comes trying what's out there, thus the theme of my weekend.
_________________