9:30pm Eastern? Is 2 hours enough to finish before the series race?

you have a calendar on the right of your screen now, remember?

Lowflyinmx3 wrote:What class do you want to be in beef? Did I send you the template already?

20th sounds good!, I've still got to design this thing and practice with it...

Here is my finished design. Let me know if I need to change anything. Hope you guys like! 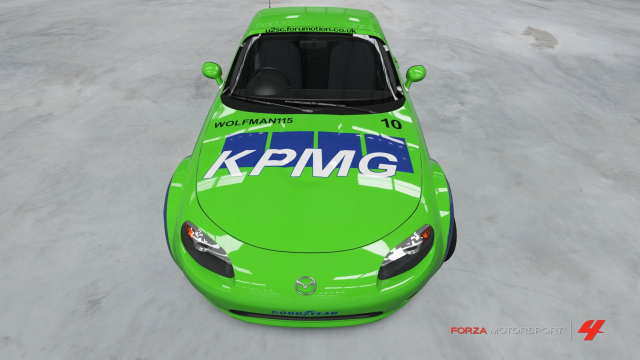 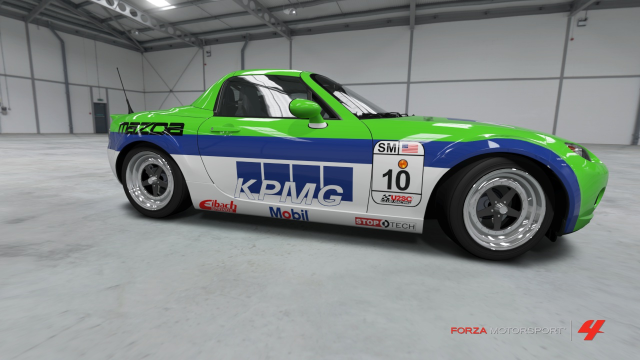 Of course, that's me and my affinity for nasty livery talking.

Set the car up last night, tried running on Laguna. Made it up to the corkscrew before I just screw it and turned the xbox off. No opinion on the car. I just wasn't paying attention last night.

I was working on my build and livery last night.... I was just about done with the livery when I accidentally (due to being REALLY tired) canceled out (hit X instead of A on exit) of a really good design session and lost a lot of livery goodness... I was pissed, so I rage quit my Xbox LOL.... I'll finish it up tonight.... and post pics this weekend...
_________________

I got my sponsor vinyl group made last night & think ya'll will like it! I dont have the base template yet so I didn't get a chance to mock everything up but I'm excited to see the final product
_________________

put a super simplistic livery together...Now i've got to do some test laps!

Late to this, sorry....Sept was a complete write off.

Totally in for this!

Send me a message on live reminding me tonight viper and I'll grey you the template. Also, What class do you want to be in? I'll put everyone's name in their class when I finally come home to a charged laptop. Damn woman is battery challenged I swear lol.
_________________
I will diesel you!
Drive it like you stole it

Low.. I will say that I questions whether or not I am in the pro class, but I guess we'll wait and see...

I do suggest that you have an active classification system where you adjust the class through the series, or use the first race as a determination of class... we can look at the results and determine high or low class based on total race times... The reason I say this is that the car has a lot to do with how your place in a race, as does tune.... With both of those out of the equation, we'll see a purer representation of driver skill.... Thoughts?
_________________

BiggLou55 wrote:active classification system where you adjust the class through the series, or use the first race as a determination of class

I like this!!! I will volunteer to work out a handicap system to give slower guys a little more PI.

Idea 1 - Honor system... More accurate / less bias / People could sandbag
Everyone runs 7 laps in the spec miata separately (no traffic/ghosts to skew times) at several less popular tracks (remove any track advantage from practice) and report simple average of their times [total time ÷ 7] . Then compare individuals to the rest of the participants to produce a scale.

Idea 2 - Prior results... More bias / no sandbagging
The results from previous series races are available in the archives. Since folks were in those races were in it to win, it's probably safe to say using those times would prevent any sandbagging. We can compile total race times compared to the rest of the participants to figure out how we rank between each other.
_________________

I'm thinking that the first race its what I'll use to set everyone in their class. Probably just split it down the middle. There will be 1,2,3 prizes for both class. I'll still move people around based on their skill throughout the series. I trust the people here enough that I don't feel anyone will really sand bag a race or two just to get into the rookie class. I'm going to be running balls to the wall no matter what. Even if I move myself to pro and then come in last in that class I'm still going to be happy with how I finish.
_________________
I will diesel you!
Drive it like you stole it

I wouldn't sandbag to drop in class. I would however be prone to screwing up thereby leaving me in a bad position. Then I'd have to Beef my way to the front.

I want in, send me the template please