Damn daywalkers! Think you can "work" your way into the Tuesday event, Lou? See what I did there?

I'd so PTO Tuesday if I hadn't burnt so much up recently. Maybe I'll stroll down to the shell station and lick the restroom door handles. Infect myself with something that growls. Work would MAKE me stay home at that point. Health not important, only unicorns important.

To celebrate launch week, we’ll be holding two separate Game With Dev events for Forza Horizon. The first will be on Tuesday, Oct. 23 from 1-3 p.m. Pacific; the second will be on Friday, Oct. 26, also from 1-3 Pacific. As always, we’ll be kicking things off on our Game With Devs section of our official Facebook page, where you can chat with us in between races. And we’ll be giving away unicorn cars throughout both events! While future Game With Dev events will feature a mixture of Forza Horizon and older Forza games, during these two events we will ONLY be playing Horizon – so make sure you come with your copy and get ready to tear up the roads of Colorado with us!

beefsupreme42 wrote:why do they do this during the day when NOBODY IS ON?!?!?!?!?

Agreed. That's going to bother me knowing people have access to cars that I don't...

I think I can make these! I'm usually home from work by 4:00 EST, which would be in time. I tried one with FM4 but never got into anything with the devs. Any tips?

xraydash wrote:I think I can make these! I'm usually home from work by 4:00 EST, which would be in time. I tried one with FM4 but never got into anything with the devs. Any tips?

xraydash wrote:I think I can make these! I'm usually home from work by 4:00 EST, which would be in time. I tried one with FM4 but never got into anything with the devs. Any tips?

Get in on facebook as early as you can. If John is present, he may throw unicorns around before the official start time. If you see people spamming unicorn requests like crazy, join them (format: gamertag, unicorn of choice). Those who are pissed off and yelling at those people weren't online when John said he was taking requests. You'll feel like a douche, but feelings not important; only unicorns important.

Your unicorn chances are best with folks like John and Keenan. Brian is fun to race with because he talks shit, but he only gives unis to the top 3 finishers (in my experience).

Best tip: DON'T GET DISCOURAGED. When they announce a lobby, jump in the category and hit refresh. You might not see it. That's ok. Just wait for the next one. Folks will start bitching and moaning, but to hell with them. Hang in there, you'll get in one.

New title, fresh launch, who knows. I have no idea how they'll run a Game with Devs in Horizon and I bet they don't either. There's also a chance the game will bomb on day 1, leaving everyone frustrated and unable to connect to anything. Fun! Good luck to those who are able to try.
_________________

in my experience these things have been a complete waste of time. i've gone to a bunch and never gotten into a game, gotten a unicorn or a DLC code. i doubt i'm gonna try to get into a game cause i'm gonna be playing the career, but i'll keep an eye on the facebook chat.
_________________
As it turns out, the building blocks for DNA are Legos. 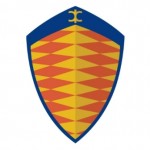 That's a drag. I've gotten lucky I guess, but I've only attended a few of the events. The first one took almost the entire 2 hours before I got into a race, but I did get in and I got a unicorn out of it.

The last one I attended was gangbusters, as it was along with the Le Mans where their Forza Viper was racing. I got into several races and came out with 4 unique unicorns. It required 4 hours of my time though, glued both to the laptop and the TV.
_________________

Similar topics
» This game sure can be adamant about wanting players to take certain weapons
» Luck O' the Bearish Instant Win Game
» The wish game
» Outcry. The shimmering game
» What Would You Like In A New Tex Murphy Game?