So I picked up the Xbox 360 Wireless Headset last week because I was tired of constantly losing my mic when using the wheel. "And Dennnnnnnnnnnn?" can only happen so long before it gets old... Anyway... I read the reviews and was a little hesitant (waited a few weeks to do this), but at $39.94 (prime) I figured I'd take the chance. I'm glad I did too...

Pros:
It's not perfect (I wish Xbox had Bluetooth so I could use my perfect headsets!), but it works. The best thing about it is there are no wires and I do not have to disconnect and reconnect the headset when switching between controllers. It will also work with the MS Wireless Speed Wheel, which does not have a headset connection. Another good feature is the battery life. I've had it over a week now, and just recharged it the first time. I was able to be in 3 may series lobbies and a couple of club pick-up lobbies before it ran down. The audible low battery sound is easy to hear and chimes in with 30 minutes of life left (once) then starts chiming every 30 seconds with 5 minutes left. It charges through the Xbox whether it's powered on or not (very nice feature) via a USB charging cable (included). It also comes with 3 sizes of ear gels and an ear hook.

Cons:
The comfort is not what I would call good, but it's acceptable. It comes with 3 sizes of ear gels, but they are hard. After a couple of hours wearing it, you'll feel it. I knew this when I purchased it, and I've owned less expensive BT headsets where this level of comfort is the norm.

Other Thoughts:
This the the updated version of the Xbox Wireless headset, and it is also a BT headset. This indicates the BT will be included on the new Xbox (2013?)... I've listened to some of the audio messages I've sent and the voice quality sounds decent enough (better than the wired $20 mono headsets). The reviews that state the sound quality is crap, they probably didn't read the instructions to know that there is a separate volume control. By default it's set to 50%. Once cranked up to 100%, the sound quality (voice) is great...

I opted for the older version of the wireless headset when I picked one up a few months ago because the reviews were so mixed on the one you got. Found it at a local Radio Shack. Mine:

It's light and comfortable. I can hear everyone fine. I don't use it a whole lot so the charge lasts quite awhile. Not sure how it sounds to other people but my RL friend (The Purple Man) said he could hear me clearly. I had to get it because (as you mentioned) of the poor design decisions on the wireless speed wheel (big duh there.)

You come through fine over chat for me...

Mt other problem is with the FANATEC wheel... As a Steering Wheel it is FANTASTIC. I could not ask for better. What sucks about it is the headset will drop often (it is a wireless controller and using the headset ling the standard controller). I think the dual FF motors and tripple vibration motors in the wheel cause interference with the wireless audio. I don't lose controller functionality, but I do lose my mic.... AND DEEEEEEEEENNNNNNNNN? The other thing that the is not quite right about the FANATEC is the selector stick or D-Pad. That thing has a mind of it's own. I didn't buy the wheel for the headset interface or the d-pad, so it's all good...

BiggLou55 wrote:I didn't buy the wheel for the headset interface or the d-pad, so it's all good...

Good one. I was wondering how the headset worked with the Fanatec wheels. Does everyone have the dropped mic problem with those?

Cash's mic has always come in LOUD. then about 3 laps into a race, his mic drops out.

I don't remember Viper having any issues until Lou's started dropping out. Of course, it is hard to tell as most folks go quiet during the race. Barring a few f-bombs from a few select drivers.

What the F*** are you talking about?

Cash actually uses some expensive Xbox headset rig.... It's USB to wireless from the Xbox, but still plugs into the controller for chat or something like that!

Cash actually uses some expensive Xbox headset rig.... It's USB to wireless from the Xbox, but still plugs into the controller for chat or something like that!

So Cash spent too much CASH on his setup?

hey you guys should try these headsets I have tried them both & they are both good & universal so then you can use them for PS3, Xbox & PC 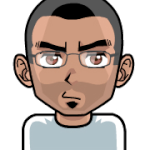 My mic would do funny stuff when plugged into wheel after firmware update, kept having to unplug and replug it in...which on wheel is in incredibly awkward spot. I picked up a wireless Intec one, and it's horrible...should have looked around a bit more, but it was affordable, and I was at store.

I've avoided the bluetooth ones only because of the comfort factor.

I've been looking at the Turtle Beach one Bomber...so knowing that you like them gives me cause to maybe price some out this week.

I LOVE my XBox Wireless w/ Bluetooth one.... I barely notice it, and it comes with 3 ear cup sizes... WELL worth the $40 US.... I know you don't enjoy the BT style headset, but with the wheel (I have the same issues BTW with using a wired HS), its the only option....

On the other supposed wireless headsets, read VERY carefully, as most of them plug to the controller for chat and only do wireless on the in-game audio...
_________________

You still using this thing, Lou? I'm where you were when you posted this. I am done messing with the headset port on my Fanatec. I don't suffer from my mic cutting out though, I suffer from the wheel freezing which leaves my car careening out of control.

It doesn't happen nearly as much as it did before I replaced the PCB, but it still happens every now and then. I don't want to risk it happening during a simulation damage spec series miata race. Nossir.

If this is what you were using on Saturday, you came through great. That's a good sell. If it isn't, then...well ok. I am super hesitant because bluetooth and I have never gotten along. I hate it and it hates me. I think it's a body chemistry thing. And these things hurt.

I'm still using the older version (linked above.) Not sure how it sounds but it's comfortable.

I love it... The sound is 2x better than with the standard Mono Xbox headset... Battery charge lasts 3-4 hours, but it's fine for most gaming session. Battery charges via an Xbox USB port and charges whether the Xbox is on or off...

Did you grow used to how it feels? The one Xray bought looks waaay more comfortable and "geeky", but it's also more expensive and potentially tricky to find.

It feels like a traditional BlueTooth headset, which I am very accustomed to wearing. It comes with 3 different ear cup sizes, and an over the ear hoop... I'm usually not aware it's even there.
_________________

I ended up picking this up (the one Lou has) and I tried it for the first time this weekend. Verdict? Fantastic. Was light, comfortable, and sounded great on both sides.
_________________

I was impressed at how it knew what was me and what wasn't me. To use it I have to wear my headset around my neck with the ear pieces folded inward against my chest. I then take the plates off the back of each earpiece and I get satisfactory game sound while keeping my ears free. My setup does not have speakers, meaning I rely entirely on the headset for xbox audio.

The problem with this is that the game sounds are coming from the same direction as my voice. I'm also certainly a conduit for any vibration since I'm literally wearing the game audio. To my delight I could turn the Xbox audio really loud, even while playing a music video, and the headset would never engage unless I spoke. Granted my voice would transmit all the noisy bullshit with it, but it's good to know I won't be "transmits all his gunshots or engine noise all the time" guy.
_________________